I’ve written two books. I blog. Occasionally, I summarize my thoughts into 280 characters and tweet them to everybody and nobody. I post updates on Facebook and “The Gram” (as I heard a cool twenty-something call it). I’ve even written a children’s Bible curriculum.

No, this isn’t my resume.

The point I’m trying to make is, in my forty-one years of existence (see why I rely on cool twenty-somethings now?), I’ve written about a variety of topics.

I’ve told emotional stories with my words, such as sharing about my mother’s death, my son’s cancer journey, and our struggle with miscarriages. I’ve used my words to teach children how the Bible fits together, and the fact that Moses lived after Abraham, and before David. I’ve written about the time my middle school son wore the same pair of socks for seven straight basketball games and how I almost died from the odor on the drive home. I offer a wide-range of topics.

And that’s just me.

When I scroll through my newsfeed, or browse the library shelves, I see articles and books on every topic known to man.

What could possibly be left to write? (I know that sentence could be improved grammatically, as in, ‘What could remain about which to write?’ but this is my essay, and I happen to like the ‘left to write’ thing.)

So when I sit down to work on my next book, or to pound out a blog post, I sometimes get discouraged. What could I possibly write about that hasn’t already been written? What wisdom, humor, information, or idea do I possess that has not already been released into cyberspace? Won’t my voice just be drowned out by the millions of others who have already sung this chorus and verse?

These doubts slow my creative process, and often bring it to a place where I sit and sulk with my friend, Low Self-Esteem.

Why tell my story?

Why add my voice?

Why write my words?

And then one day, while I was doing my hair in front of my bathroom mirror, I looked at myself, and I thought, What about the Bible?

There are 66 books in the Bible, written by about 40 different authors. And, many of those authors write about topics in their books that are the same, or very similar, to the topics in other Bible books! They are humming the same tune. That’s quite the choir!

For example, take the guys in the Old Testament called “The Prophets.” There are 17 Prophecy books in our Bibles. Five of these are Major Prophets, and 12 are Minor. By the way, we call them “Major” and “Minor” because of the length of the books, not because Isaiah and Jeremiah had a weight problem. Just FYI.

Anyway, these 17 Prophecy books were written by 17 different men (actually, to be technical, 16, because Jeremiah wrote Lamentations. He’s always making things difficult), but these books all basically have the same message.

“Turn back to God or you will be punished.”

I’m summarizing, but that’s the main topic of each. Most of these men are even writing to the same audience; the divided nation of Israel. (Jonah, however, was called to Nineveh, and is an exception. If you remember him from Sunday School, you always knew there was something fishy about him!)

So, these 17 authors are all adding their voices, out of obedience to God, because they were called to share the message He gave them. Even though they aren’t the only ones sharing it. 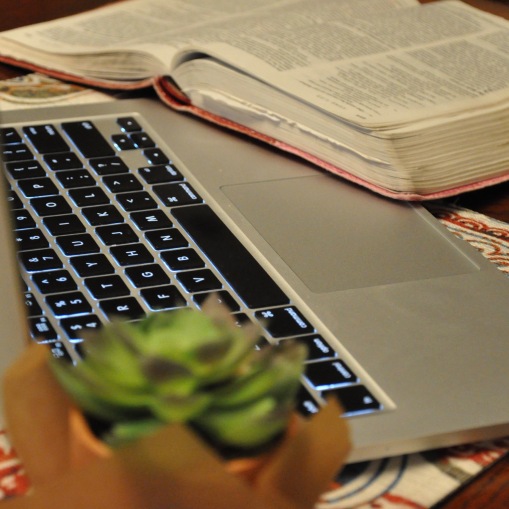 And then there’s the New Testament.

As I always tell my 5th grade students in my Bible class, the closer we get to Jesus in the Bible, the more information we have written. So in the account of creation, we only get about two chapters in Genesis, but by the time we get to the New Testament, we have four whole books dedicated to one man’s life. Jesus.

But they all put their own flavor to it. And that’s what makes them so special.

Matthew was a Jew, and really connected with the Jewish reader. The Jews knew the Old Testament writings, and therefore Matthew shows them in his book how Jesus is the Messiah that fulfills the prophecies they’ve read so many times.

Mark wrote to a Roman audience. He tells of the same wonderful Jesus, but is writing to people who aren’t as familiar with the Old Testament prophecies, so he doesn’t explain how Jesus fulfills those. Rather, he tells of Jesus’ many miracles, and points them to the true God – who is greater than their many gods.

Luke was a physician, so one of my favorites little tidbits about him, is that in the story of Peter chopping off a guy’s ear when they came to arrest Jesus, (Peter was a not a subtle dude), is that Luke is the only writer that mentions that Jesus puts the ear back on! You can read about it in Luke 22:51. Of course a doctor would take note of such a “surgery!”

And John, he wrote to the world! He’s the one who wrote John 3:16, “For God so loved the world that he gave his one and only Son, that whoever believes in him shall not perish but have eternal life.” John has gotten the most post-Bible era press for this verse with the invention of the football end zone.

So basically, if God designed the Bible to be a collection of voices, and styles, and flavors, and audiences, and personalities, then having a sea of voices sharing about the same topic must not be so bad after all.

I guess it’s time I stop second-guessing the messages and stories I feel led to share, and get to work.

Sharing my words, even if I’m not the first (or the best) to write about the topic, is an act of obedience to the loving God who is able to use them for His glory!

7 thoughts on “What the Bible Taught Me About Writing”